Iberico ham is a gourmet product, so it makes sense to enjoy it with foods and drinks that complement its flavor. Many experts recommend paring certain types of foods or drinks with Iberico ham to achieve the best match.

In Spanish, this is a traditional skill known as "maridaje," or "marriage" - though we'll be referring to it as "pairing." So what are the ideal pairings for Iberico ham? Read on and find out!

According to the definition offered by the RAE, the word "maridaje" means "marriage," but it also means "unity" or "things the bind or correspond with each other."

Many experts now prefer the term "harmony," though "maridaje" has tradition behind it. In the case of acorn-fed Iberico ham, a wine tradition rooted in Spanish culture becomes the ideal accompaniment to Spain's signature ham dish, and in restaurants it is therefore important to pay attention to the sommelier, who will be very happy to recommend the best wines to accompany each course. 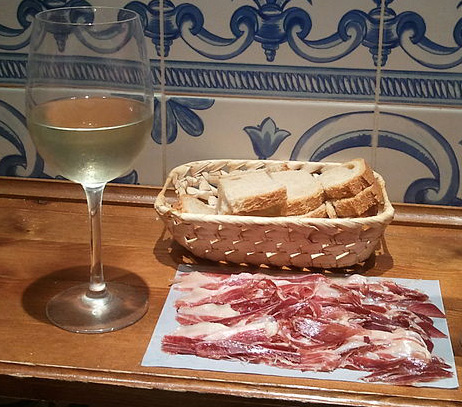 The sommelier belongs to a profession that requires mastery of a little art and a little science to produce a craft, allowing him to find the best combinations for each dish. His advice will take into account the organoleptic properties of the foods, such as taste, aroma and texture, in addition to its properties when mixed with different beverages.

The specialist knows what these properties are and selects the best option for a perfect dining experience, bringing as intense and innovative a combination of flavors to the diner as possible. Iberico ham, with its high gastronomic value, is no exception. Here are some general rules to follow to find the perfect pairing:

The art of pairing is part of a long tradition in Spain, in which Iberico ham and red wine have gone hand in hand for generations. New scientific knowledge allows us to go beyond tradition and address the reasons why this or that pairing works so well. 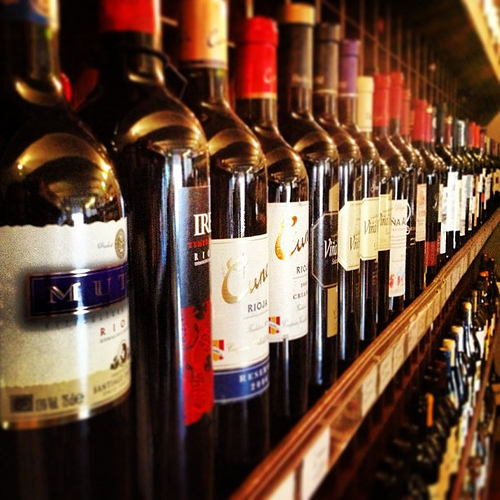 A range of red wines

After many years of testing food parings and combinations, the world at large has reached several conclusions.

Amongst these is the assertion that acorn-fed Iberico ham combines excellently with several different types of wines, giving always different but always interesting results.

As a general rule it is accepted that salty foods go well with fresh-flavored alcoholic beverages such as white wines and beers, but Iberico ham goes well with other, bolder drinks like full-bodied reds too.

Many years ago it was widely believed that drinking sweet wines with Iberico ham was healthy. Therefore this was accepted as the ideal combination, almost on faith.

We now know that there are no particular health benefits attached to this combination and in fact it isn't very good from a taste perspective, because the sweetness of the wine tends to drown out the subtler flavors of the Spanish ham. In fact, this is one of the worst possible pairings!

There are two possibilities with young wines. On the one hand, young wines with body are often a poor choice because they mask the flavor of the Iberico ham, making them a less-than-ideal pairing.

However, lighter young wines are a great choice, because they complement the freshness and nuance of the flavor of the Iberico ham perfectly.

On the flip-side, young white wines are often overwhelmed by the Iberico ham, meaning they're not an ideal pairing either. Reserve red wines often have great personality, but despite this can be a great pairing with Iberico ham, because the two flavors reinforce each other.

The two biggest flavors in Spanish cuisine, oddly enough, sit side by side just perfectly! 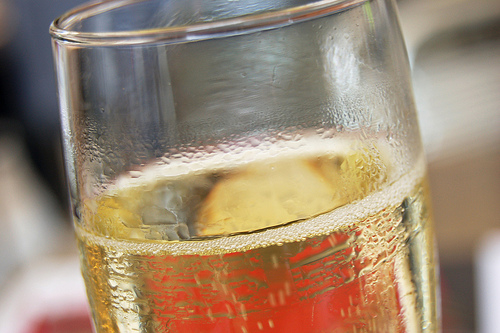 A glass of Cava

When we speak of sparkling wines, we have to differentiate between sweet, unstable and sugary wines which are a very poor choice with Iberico ham, and those which are drier, like Champany or Cava.

These latter wines enhance the flavor of Spanish ham, reinforcing its subtlety. Fortified wines, on the other hand, despite their strength and powerful flavor, are also a perfect pairing with Iberico ham because their penetrating character enhances the flavor of the ham and its durability on the palate.

Finally, many would argue that beers are a perfect accompaniment to Iberico ham because their bitterness combines perfectly with the intensity of the flavor of the ham. Beer, Cava, young wines, light whites and fortified wines are therefore the ideal pairings for Iberico ham.